How to Have a Drama-Free Meeting

You are facilitating a meeting where Kee, a colleague known for his outspoken opinions, is dominating the conversation. The topic is something everyone had ‘discussed’ before. A decision was even made 2 weeks ago, but nothing much has happened since then.

Kee is passionately trying to persuade everyone on why urgent action is needed. As you look across the room, you can see everyone’s attention falling off the radar with every second Kee spoke. He wouldn’t let anyone interrupt his train of thought. Your gaze meets Susan’s, another colleague. She is giving you the look of “here we go again”.

At the end of a long speech, Kee asked everyone, “So, do we all agree”?
No response.
“Alright, since there are no objections, it’s settled.  Let’s do it”, Kee decides.

Meetings take up between one-third to half of an average workweek. With so many hours spent in meetings, we want to make those hours as productive as possible. In the scenario above, do you think the decision had everyone’s buy-in?

Of course not. Kee wanted something done, but he needed the team to buy into his idea. If there was no real discussion before a decision is made, the meeting has wasted everyone’s time.

Let’s dig into why this scenario happened in this meeting.

After speaking to your colleagues, you noticed a common theme – most of your colleagues feel insecure to give their opinion because they think they will be rejected in front of everyone.  Or, that their views will be questioned. You further discover Kee has a habit of not listening fully to any contrary opinion. He would usually interrupt the speaker to give his opinion (again) and brush off any objections.

As the meeting facilitator, how can you make this meeting as effective as possible?

Research shows that fear of rejection is one of the top fears among us. It has roots in our mammalian brain, where we depend on family and society for survival. Back in those days, to be rejected from your family or society can literally be a slow death sentence.

Our physical environment has revolutionized much faster than our brain. Nowadays, rejection no longer means death, but we still carry the same fears with us at the workplace.

So how can you encourage your colleagues to speak their opinion?

“Low levels of psychological safety can create a culture of silence. They can also create a Cassandra culture – an environment in which speaking up is belittled and warnings go unheeded.”
~ Amy C Edmondson, The Fearless Organization: Creating Psychological Safety in the Workplace for Learning, Innovation, and Growth

It starts with building a psychologically safe environment.

There is a lot that goes into effective meetings to ensure that they are as productive as possible and strengthen trust among team members. Let’s briefly look at three factors here:

At the start of the meeting, agree that everyone has a time limit they can speak before the ‘airtime’ goes to someone else.  And, the person must be allowed to finish speaking before comments are made, questions asked or another opinion given.

Many meetings start with good intentions but go off track very soon after because of a lack of execution. Yes, this takes some courage at first, but you will get used to it!  Extra tip: having a few questions or statements on hand and being ready to intervene can help.

If the ‘airtime’ keeps going back and forth between the same few people, you are not hearing the opinions of all the meeting attendees. This may lead to ‘passive disagreement’ or ‘u-turn’ on decisions when some express their opinions outside the meeting.

If this happens, the meeting has wasted everyone’s time.

You can see here how important meeting facilitation is in building trust remotely or in in-person meeting environments. “Better Conversations” is one of many programmes we provide that can help with improving group or one-to-one meetings.

Once you have ‘equal’ airtime between meeting attendees, you may start to see another problem: people find it hard to express their opinion or difficult to present their ideas persuasively.

Maybe they don’t have an opinion, or they are unable to express it succinctly, or they don’t know how to disagree. Perhaps it’s a combination of all.

Speak out your opinion in 1 minute.

In a room full of people, chances are that you have felt intimidated to speak up, especially if your points are not clear.  This is where thinking on your feet is critical.  Think on Your Feet® bridges the thinking that goes on in a person’s head, and how thoughts flow from their mouths.

The result? Opinions are Clear, Concise, and Impactful.

Imagine each meeting attendee has a way of speaking that helps them to express their opinion or disagreement in just one minute. The meeting will become much faster, and the quality of discussion will be much richer.

In this article, we talked about using Rule of Three to help with speaking clearly and convincingly.

Now let’s go back to the scenario at the beginning of the article:

At the end of a long speech, Kee asked everyone, “So, do we all agree”
There was no response.
As the meeting facilitator, you ask for everyone to give their opinion in one minute.
When it was Susan’s turn, she said, “I find it hard to agree for three reasons. First reason… Secondly… And the last reason…”

Imagine the nods, smiles and energy in the meeting when everyone has the chance and ability to say what’s on their mind safely.

Now you can see how a combination of structured meetings + structure answers can be very effective at getting things done.  Not to mention, building trust and increasing emotional intelligence in the team.

Don’t just take my word for it. Try it yourself. 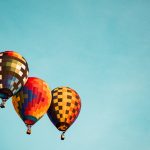 How to Talk Clearly and Convincingly with your Team Members 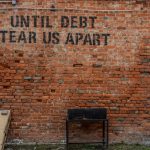 Easy Habits to build a Foundation for Financial Resilience